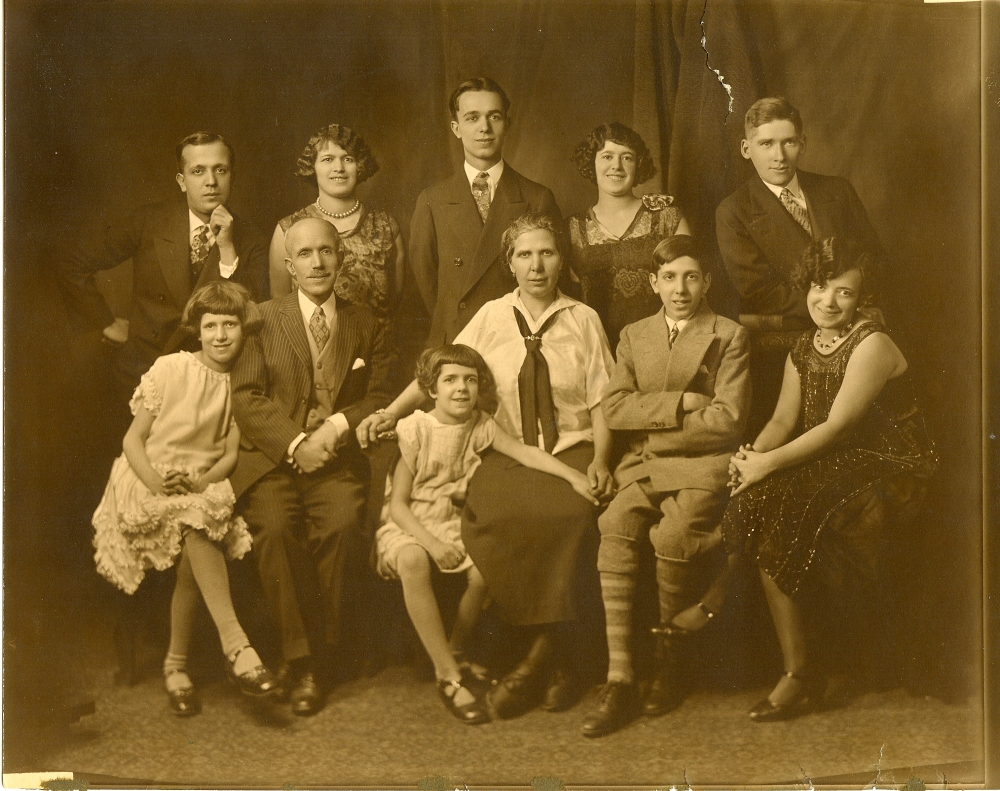 My Italian American moment: On February 23, 1915, after a 15 day journey aboard the SS. Guglielmo from Palermo, Sicilia to New York City, my great grandfather Andrea Bavetta and his family arrived in the United States. Andrea was born in Sicily in October 1861 – not long after the unification of Italy.

Not all in the photo arrived with the family, but after several years the family was reunited. The only one left behind was my great grandmother, Liboria Giovenco, who had died of typhoid in 1910. My great grandfather found his new wife, Grazia Puccio, in an orphanage and with her made the trip to America.

My grandfather, Luciano (changed to Lucien) Bavetta is in the top row in the middle. Upon arrival in New York, he was ill and was quarantined away from the family for many days. My great grandfather camped outside his door waiting for him to be released. My grandfather, born in Santa Margherita di Belice in 1907 and one of the youngest children, went on to be head of the biochemistry department in the dental school at USC. His brothers and sisters worked hard to help him make this a reality. Many of you know I met the grandson, Fabio Bavetta, of my great grandfather’s brother several years ago in Sicily.

The circle is once again complete.