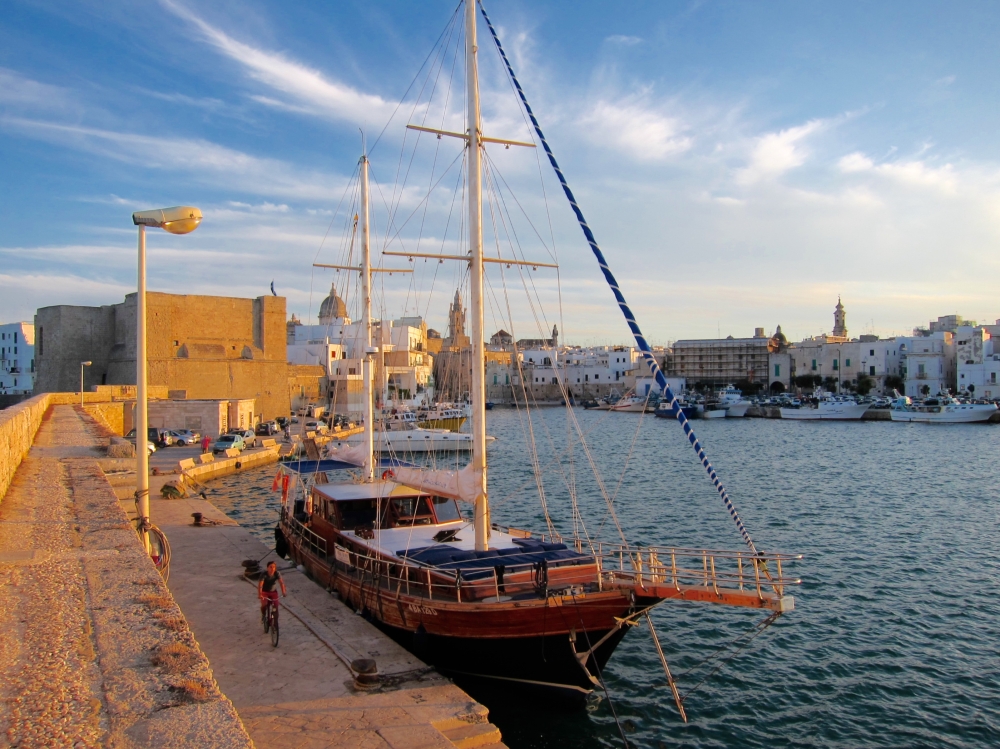 The light in Puglia is not any ordinary light and as the sun sets it turns everything a delicious warm cinnamon gold.  Our first night in Puglia was not in  the town of Lecce, but rather in the seaside town of Monopoli. We took the local train from Bari and arrived at the smallish train station in Monopoli.  As we exited the train and it disappeared into the distance, we felt a little lost – like those movies where people stand with their suitcase by the train tracks with nothing else around them.  Maybe it’s because we had left the busy train station in Rome that morning, who knows – but both of us burst out laughing. We had thought we needed to take a cab to the hotel.  After a short walk and an initial relief at finding the hotel, we ventured out to play near the sea in the burnt sun.